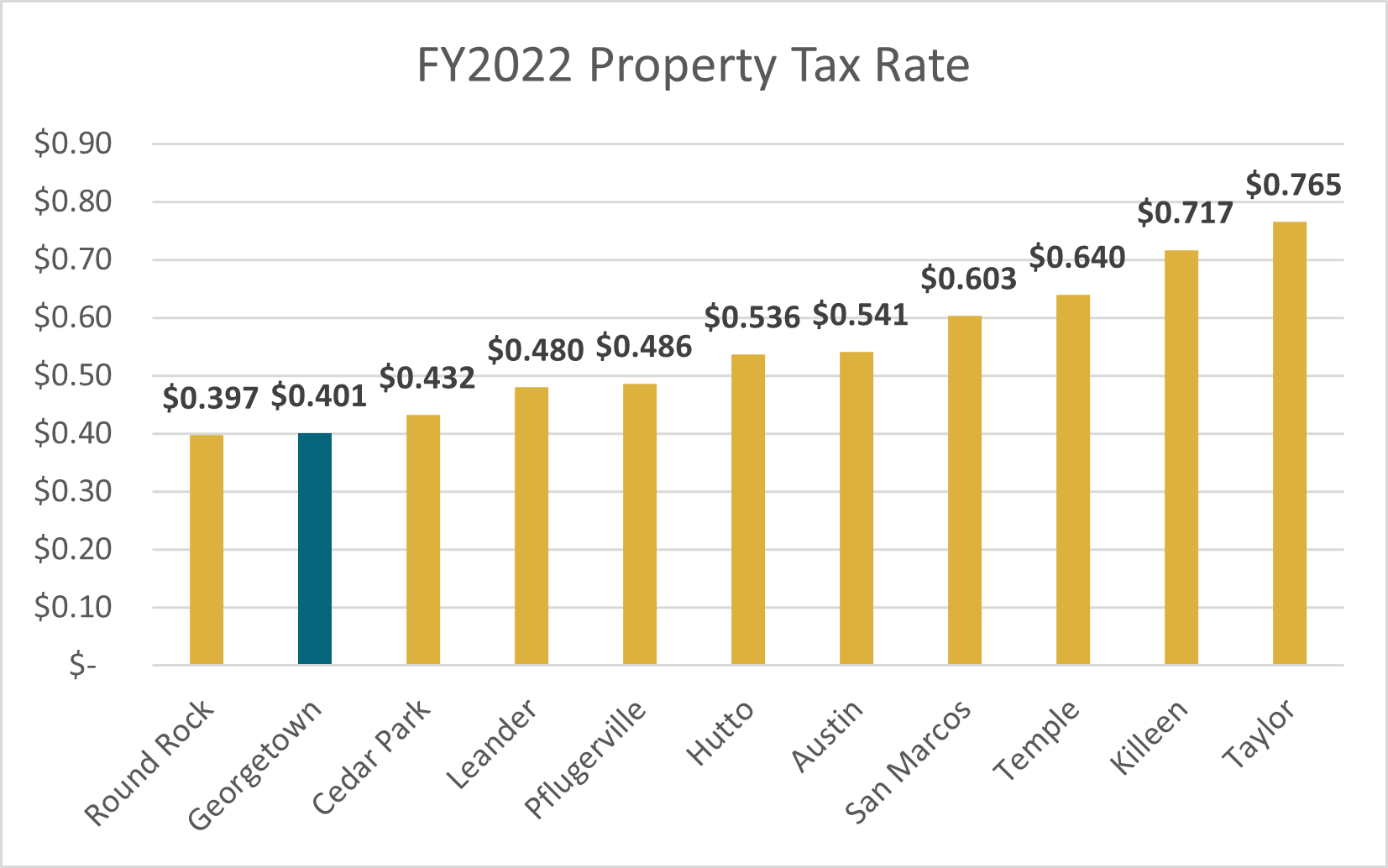 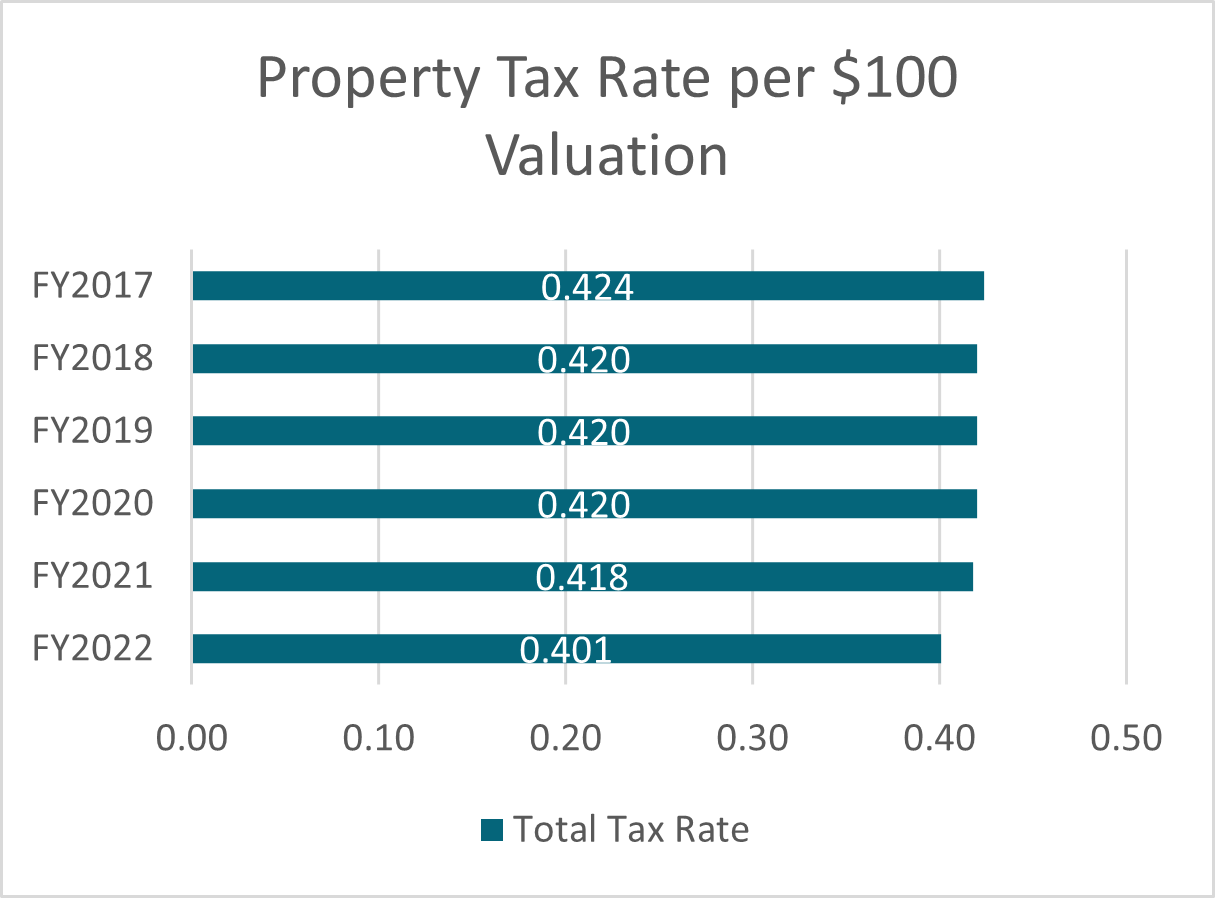 The adopted rate is 40.1 cents per $100 valuation, and represents one of the lowest rate in the greater Austin MSA with a population over 20,000. The no new revenue tax rate is the rate the City would need to charge in order to produce the same amount of property tax revenues as last year while using the new valuations of the current year. Typically, property values appreciate from year to year. In most years, the increased value of a property means a lower tax rate could produce the same amount of revenue. For example, a home valued at $100,000 with a tax rate of 40.1 cents would produce $401 in property tax revenue. If in the following year, the home is now valued at $105,000, the effective rate would be 38 cents to produce the same $401 worth of revenue. The no new revenue rate enables the public to evaluate the relationship between taxes for the prior year and for the current year. The voter approval rate is the maximum tax rate the City can set before the taxpayers can petition for an election to reduce the tax rate. After adjustments for debt calculations, the voter approval rate is equal to the effective rate times 3.5%, or in this example 40.1250 cents for FY2022.