The following graphs and tables show five years of major sources of revenues and expenditures for the City. The data comes from the audited year-end actuals in the City’s  Annual Financial Report. Revenue trends show steady increases with the City’s population growth. In 2014, The City acquired the Chisholm Trail Special Utility District which added 7,500 new water customers and over 375 square miles of new service territory. Expenditures also generally trend upward with population growth; however, expenditures can vary significantly from year to year due to changes in the Capital Improvement Plan.

A major source of operational expenditure is the City’s personnel. Over the past five years, the City’s total number of personnel has increased by more than 80 full-time equivalent positions. The bulk of this increase is related to the acquisition of the Chisolm Trail water system, the establishment of Emergency Medical Services, and two new fire stations.

For more information about the City’s revenue and expenditures, click here to check out the Budget in Brief. 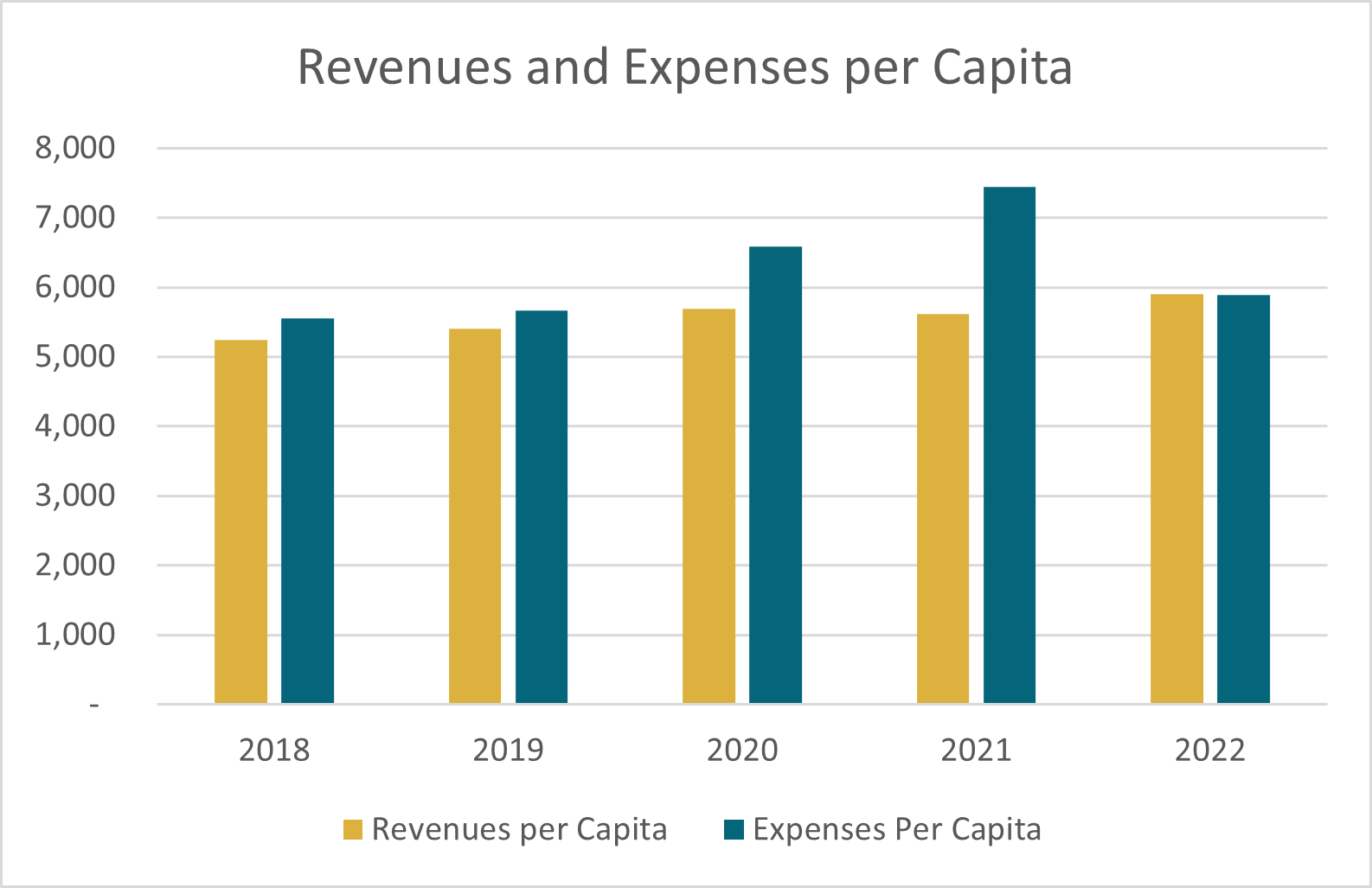 Note: A full-time employee is scheduled to work 2,080 hours per year (including vacation and sick leave). Full-time equivalent employment is calculated by dividing total labor hours by 2,080.